NEW YORK – On a sun-splashed portion of Lincoln Center, with 120 health care workers listening in neatly arranged rows of folding chairs, members of the New York Philharmonic made an initial return to concerts Wednesday, 13 months after the novel coronavi... 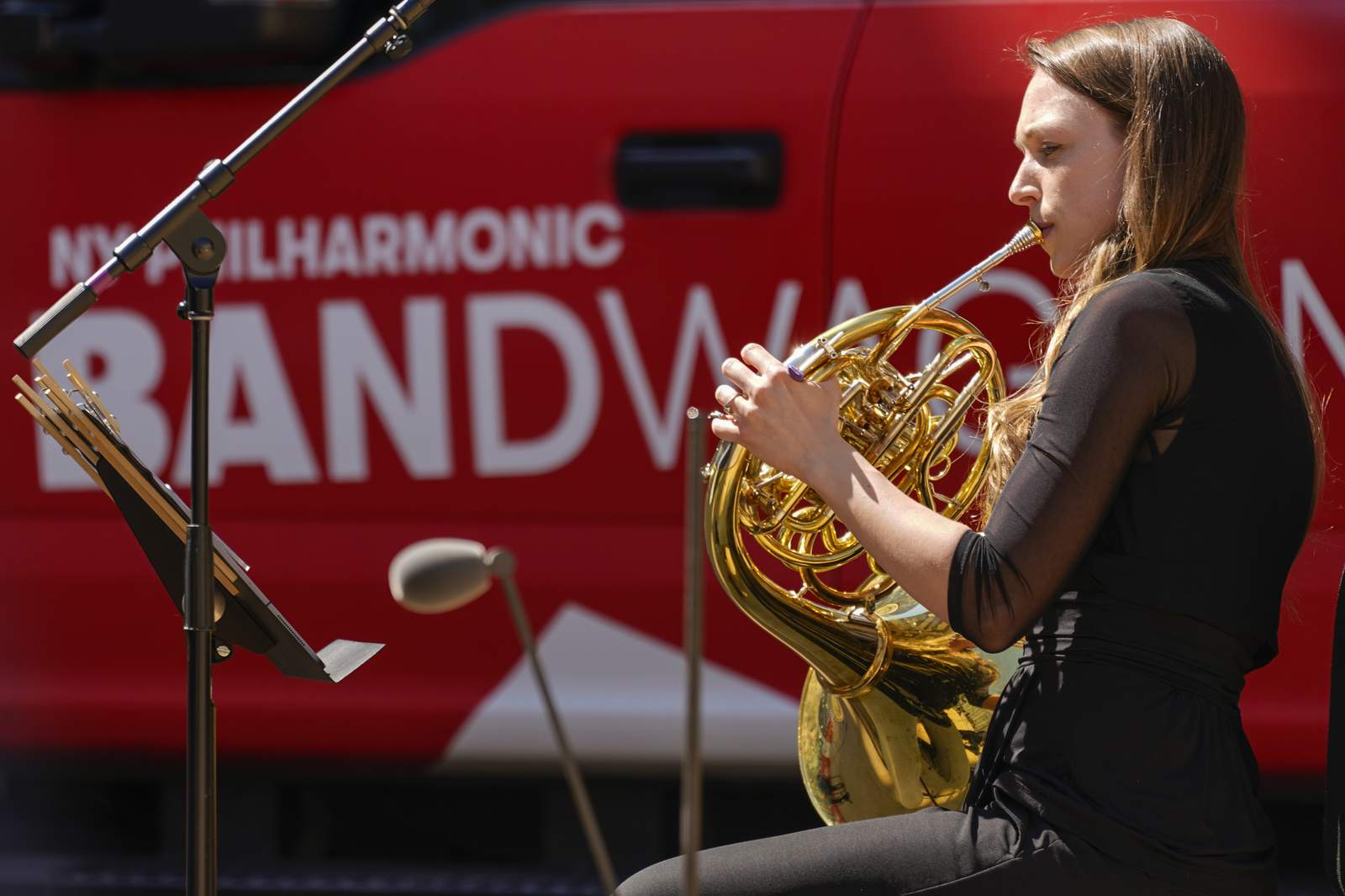 NEW YORK – On a sun-splashed portion of Lincoln Center, with 120 health care workers listening in neatly arranged rows of folding chairs, members of the New York Philharmonic made an initial return to concerts Wednesday, 13 months after the novel coronavirus pandemic decimated their season.

A brass quintet and a horn quartet with flute Mindy Kaufman beamed as they played a 90-minute lunchtime concert in Hearst Plaza. The concert began a schedule that will include more than 100 open-air concerts and graduations.

“It’s so beautiful to have culture back in New York City,” Mayor Bill de Blasio told the crowd. “We live through our artists, our musicians. We live through the plays we go to, all the things that make New York City special. Arts and culture help us to make sense of the times we’re living in. If we ever needed that at any points in our lives, it’s now. So the music you’re going to hear is also part of our healing. It’s also part of our hope that we’re going to find a way forward.”

The Philharmonic, the Metropolitan Opera and Broadway theaters were darkened on March 12 last year by the pandemic.

The Philharmonic launched some bandwagon concerts across the area last Aug. 28 but had not performed for an audience at Lincoln Center for more than a year. It hopes to resume subscription performances in September, around the time the Met plans to open if the opera company can overcome expired and expiring labor contracts. The Philharmonic will relocate to Alice Tully Hall and the Rose Theater because of construction at David Geffen Hall expected to finish in September 2022.

Broadway theaters have not set a return but producers have said a September restart is possible.

The concert was the first of “Restart Stages,” in which Lincoln Center is creating 10 outdoor performance and rehearsal spaces across its campus.

“There could be no more appropriate audience than you,” Lincoln Center President Henry Timms said.

Colin Williams, the philharmonic’s associate principal trombone and chairman of its orchestra committee, was happy to have an audience. He has spent his time teaching lessons over Zoom.

“For many of us, even people who are musicians, sometimes we have these side hustles, we teach, we do other things that are peripheral to the arts industry, and everything collapsed all at the same time," he said.

"So you have this thing where we’re just standing there, going, ‘Well, what are we supposed to do?’ Your whole identity is taken away from you and you’re sort of sitting there looking at this really rough question about who am I now?”