The increasing number of migrant children taken into custody along the southern border in recent days has severely strained the U.S. government's ability to house them, according to data obtained by CBS News. Last week, U.S. border agents apprehended mor... 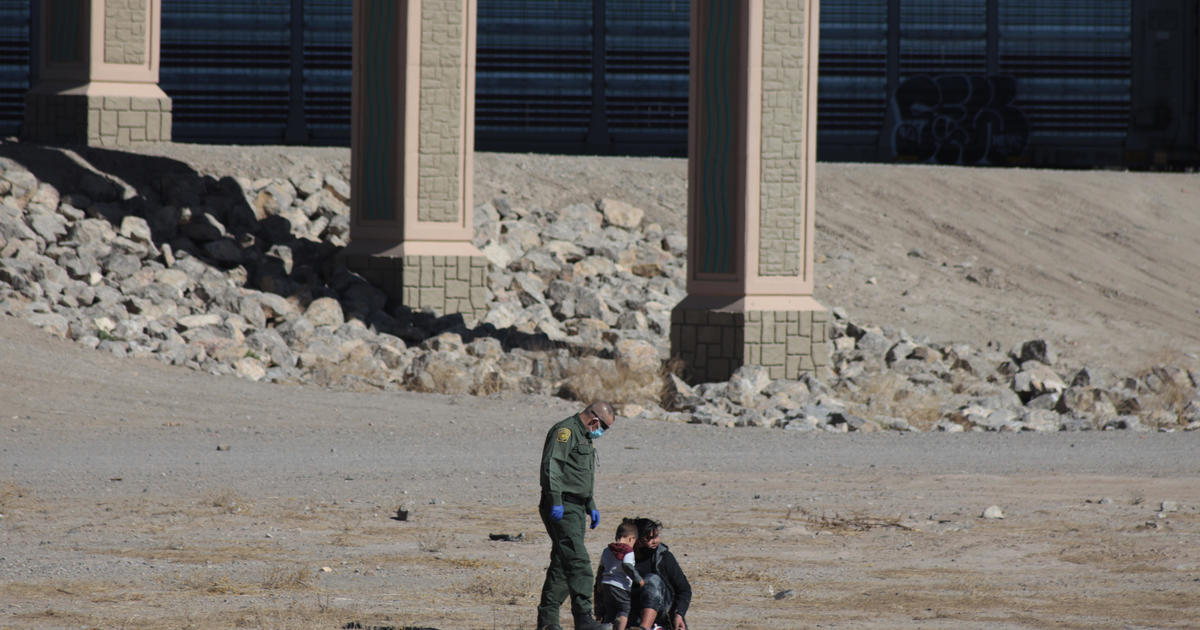 The increasing number of migrant children taken into custody along the southern border in recent days has severely strained the U.S. government's ability to house them, according to data obtained by CBS News.

Due to the steady increase in border crossings by unaccompanied children, nearly 90% of the 8,000 available beds administered by the federal agency charged with housing these minors are being occupied. On Monday, the number of children housed by the Office of Refugee Resettlement, a branch of the Department of Health and Human Services (HHS), reached 7,100, leaving fewer than 900 empty beds.

The uptick has alarmed government officials, shelter operators and advocates who are worried about their ability to address one of their chief shared concerns: children spending prolonged periods of time in the Customs and Border Protection (CBP) facilities, most of which were designed to hold migrant adults.

"We absolutely are concerned," an HHS official who requested anonymity told CBS News. "We are assessing all of our options on the table to make sure we have the capacity to house kids and take care of them and make sure they're not backed up in CBP custody."

According to data obtained by CBS News, at least 179 migrant children spent more than three days in CBP facilities in January, despite internal policy dictating that all migrants, especially minors, should be released within 72 hours. More than 45 of them were held for over 10 days. In December, at least 48 minors remained in CBP custody longer than three days.

"CBP facilities were designed to process adult men and are fundamentally inappropriate for children to remain in for any amount of time," Neha Desai, a lawyer who represents migrant minors in a class-action lawsuit, told CBS News.

Migrants have dubbed these facilities "hieleras," or freezers, because of the cold temperatures experienced there, as well as "perreras" because of their resemblance to dog kennels.

Desai said she fears that overcrowding could reach levels not seen since 2019, when border stations garnered national attention because of reports of families and children being packed in cinder-block cells.

"It was less than two years ago that I received a call in the middle of the night about a critically ill baby in an overcrowded CBP facility. The facility had a potent stench, and an overwhelming number of children who were terrified, sick, and dirty," Desai added.

In January, the refugee office received more than 4,000 migrant children, compared to the 39 minors it placed in its shelters in May 2020, when the U.S. government was expelling most border-crossers, regardless of their age, under a pandemic-related edict issued by the Centers for Disease Control and Prevention (CDC).

While it continues to expel most single adults and families with children under the Trump-era CDC order, the Biden administration carved out an exception for unaccompanied children after an appeals court lifted a November ruling by a federal judge that had blocked the practice.

While the move was praised by advocates, it has required the refugee agency to look for ways to expand its bed capacity, which was reduced due to COVID-19 mitigation measures. The office has more than 13,200 taxpayer-funded beds but says it can currently use fewer than 8,000 of them.

"We don't know how many kids are going to be coming in the upcoming days, or weeks or months, and so we have to make sure that our contingency plans include preparing for even more bed space than we think we might need," the HHS official said.

A newly reopened influx facility in Carrizo Springs, Texas, was expected to receive more than 200 migrant teenagers on Monday. The refugee agency is also planning to make about 700 additional state-licensed beds available at shelters across the country within the next three months, the HHS official said.

Another influx facility in Homestead, Florida, could be reopened as well.  "Any reopening of that facility will include more child-friendly spaces for sleeping, recreation, education and more transparency," the HHS official said. "It will not be just going back to previous facilities and what they looked like in prior years."

The HHS official said the refugee agency is also working to release children from its custody as quickly as possible — a task complicated by the fact that minors are being tested for the coronavirus. The agency is charged with placing unaccompanied children with vetted sponsors, who are typically family members in the U.S.

Three shelter operators, who requested anonymity because they are not authorized to talk about their work with the federal government, expressed concern about the dwindling bed space for migrant children, saying the refugee agency faces significant logistical challenges ahead.

One shelter operator noted the uptick in crossings can be partly attributed to the Trump administration's policy of expelling unaccompanied children, saying it created a backlog of minors waiting to seek asylum in the U.S.

"It created a bubble that is bursting because now they can get in," the shelter official said.

The HHS official said the Biden administration is committed to allowing migrant children to apply for forms of humanitarian refuge enshrined in U.S. law, calling its approach "vastly different" than the Trump administration's.

"It's within their legal right to seek protection," the official said, adding later, "We need to treat these kids how we would want our own kids treated."

In a statement, CBP said it is working in "close coordination" with the refugee agency to transfer unaccompanied minors out of its custody. The White House did not provide a comment.

While the Biden administration has pledged to rebuild asylum processing capacity along the southern border, top White House and homeland security officials have made a concerted effort in recent weeks to warn prospective migrants that they will be rapidly expelled from U.S. soil if they trek north.

But a Central American government official who works on border matters said that message is being distorted by misleading selling pitches from smugglers telling impoverished families that the border is now open under President Biden.

"The information people are receiving is 'you can come now,'" the official, who was not permitted to speak publicly, told CBS News. "Today, the message of the coyotes is that families and children can cross."