Thomas Tuchel hailed “key player” Mason Mount for taking his career to the next level with his stunning strike in Chelsea’s 2-0 Champions League quarter-final first-leg win over Porto. 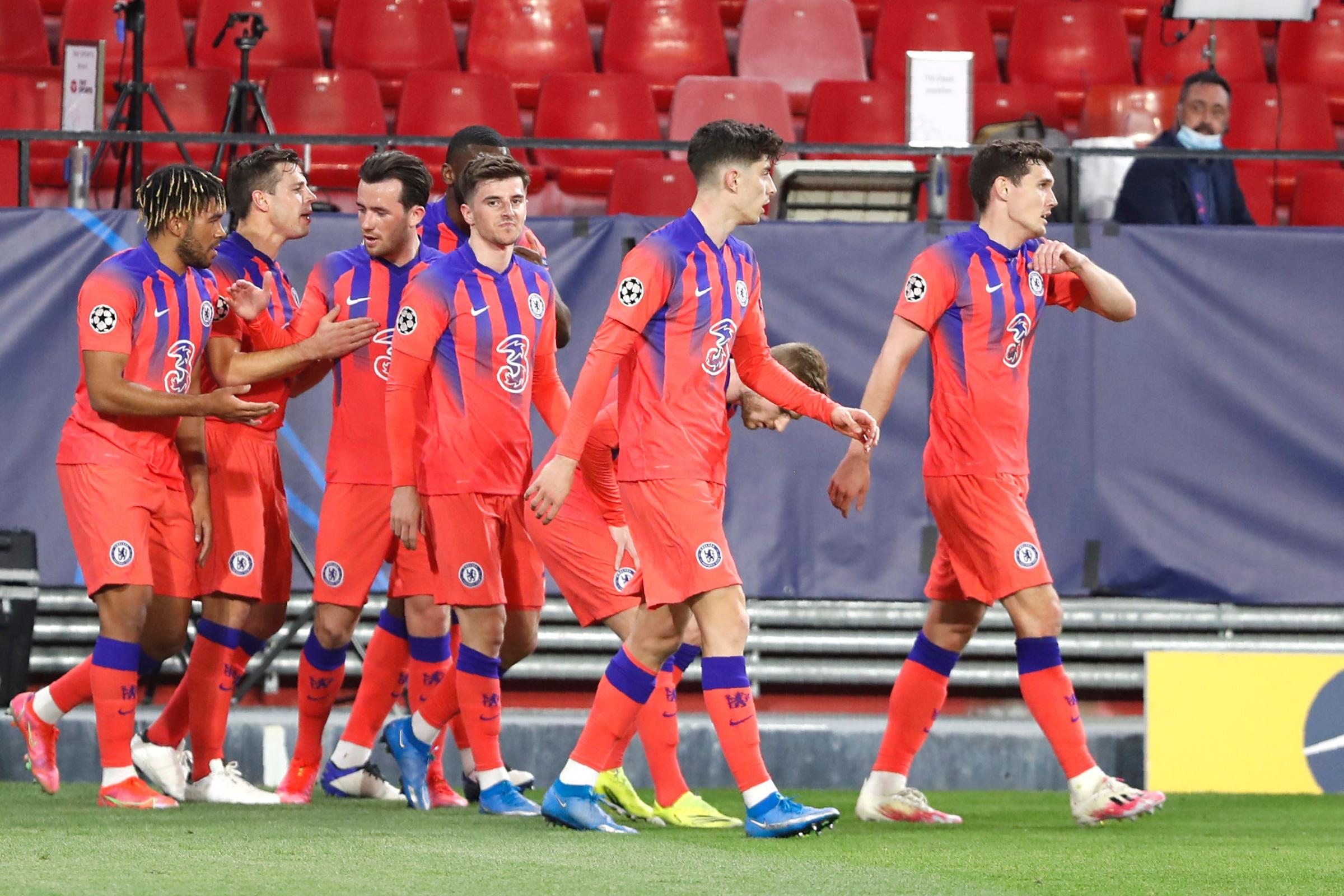 Thomas Tuchel hailed “key player” Mason Mount for taking his career to the next level with his stunning strike in Chelsea’s 2-0 Champions League quarter-final first-leg win over Porto.

England internationals Mount and Ben Chilwell handed the Blues control of their last-eight battle as they scored two ‘away’ goals during a fine performance in Seville.

Blues manager Tuchel refused to accept his side have one foot in the semi-finals ahead of Tuesday’s second leg, which also takes place in Seville and will see Chelsea as the ‘home’ side.

Instead, the Stamford Bridge boss chose to focus on Mount’s maiden Champions League goal and insisted the 22-year-old had elevated his career once again on a memorable night in Spain.

Tuchel said: “The first goal was very important for us. We had been a bit too tense, not precise enough and we had lacked a bit of rhythm.

“The finish was clinical, it was excellent from Mason. He has the quality to do this, and in a quarter-final it is a big step for him and a big, big help for the team.

Tuchel’s praise of Mount is rendered all the more important given the German boss omitted the Chelsea academy graduate from his first starting XI with the Blues.

Mount was on the bench for that goalless draw with Wolves at Stamford Bridge in January, but has quickly won over the former Paris St Germain boss.

Chelsea hit back from Saturday’s 5-2 Premier League drubbing at the hands of West Brom to produce a fine, battling victory over stubborn Porto.

And that left Tuchel delighted with his squad’s reaction, especially in light of Sunday’s training-ground bust-up between Antonio Rudiger and Kepa Arrizabalaga.

“It’s half-time in this tie, and we experienced what can happen in football last Saturday,” said Tuchel.

“I feel a good atmosphere in the dressing room now. Happy but not too happy, excited but not too excited.

“Overall we escaped with a very, very good result.

“But it’s the quarter-finals and we have to keep on going. It will be necessary for another top performance and top mentality next Tuesday.

“It was absolutely necessary to show this reaction. We had a lot of good results in a row but Saturday was a very bad result and it was our first loss.

“So this was the first chance to bounce back and to show a reaction.

“As coaches we said before the match that the best result would be to produce a clean sheet straight away, so this is the perfect result now.”

Porto boss Sergio Conceicao believes his side can still reach prevail in the tie.

“We know we still have the chance to qualify for the semi-finals, but we will have to score first,” said Conceicao.

“We are confident enough to do that.

“We believe that from a strategic point of view the players produced a strong performance.

“Individually the opponent scored two goals, but it was a match where we did more than to lose by two goals.”

lastminute newsUK PM to give up seat at Prince Philip's funeral for royal family member SonDakika-Haberleri.Net