Once it was just the jobless young men who set off from Tunisia's rocky northern beaches for Sicily, usually defying their parents in hopes of a better future. 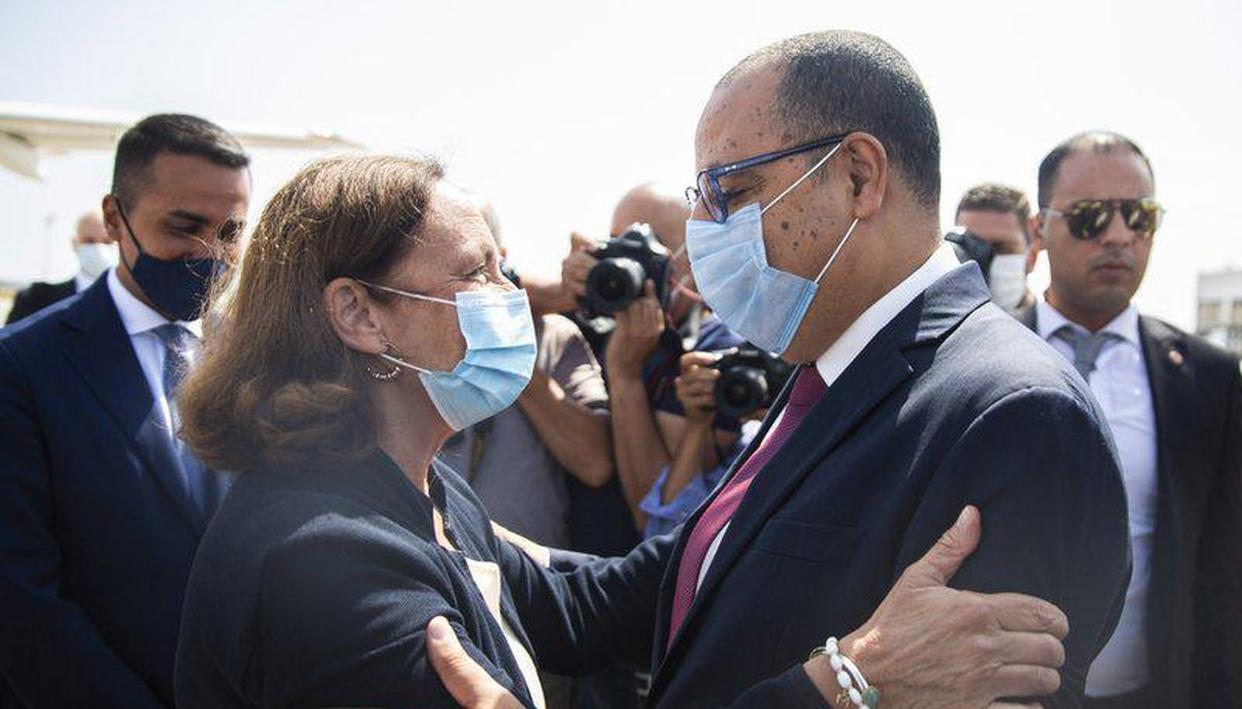 Once it was just the jobless young men who set off from Tunisia's rocky northern beaches for Sicily, usually defying their parents in hopes of a better future.

Now Tunisian families, even those with work or seemingly good prospects, are following that path across 130 kilometres (81 miles) of open water — nearly 10,000 since the beginning of the year and far more than have left in recent memory.

The stretch of the Mediterranean can be dangerous, the chance of getting asylum in Europe is near zero, and a long quarantine in a ferry anchored offshore will be followed by expulsion if they're caught.

Many who leave from the Bizerte coastline think the potential reward far outweighs the risk.

Those with relatives in Europe are the ones with the new cars, the kitchen upgrades.

"My son is a month and a half old, and if I get a chance to emigrate immediately, I will go to make a better life," said Tarek Aloui, a 27-year-old who has tried 10 times to reach Italy since 2014.

He has succeeded only once, last March at the height of the coronavirus lockdown, and was expelled almost immediately back home, where he was jailed for six months.

"All Tunisian men, women and even children want to leave this way," he added.

Their arrivals have strained the ability of Italy's southern regions to take them in amid the coronavirus, given Italy's quarantine requirements for anyone arriving from outside the EU.

Interior Minister Luciana Lamorgese has travelled to Tunis twice since July to negotiate with the new government on the need to stem the flow, including with offers of assistance from Italy to better patrol the coasts.

She blamed the increase in Tunisian arrivals on the country's socio-economic problems that have been exacerbated by COVID-19 and has offered Italian assistance to address them.

Lamorgese told a Parliament committee last week that since August 1 Italy had resumed repatriating Tunisians who don't qualify for asylum, after reaching an accord with the Tunisian government to accept two flights a week with 40 Tunisians apiece.

She said the number of weekly flights would increase starting in October.

But the Tunisian percentages of the total are significantly more this year than in recent years. This year, the 9,824 Tunisians who have arrived so far account for 42% of the total.

Last year, while still topping the list of the most of any nationality, they were 23% of the total and the year before that 22%.

In 2017, though, Tunisians only accounted for 5% with Nigerian migrants making up the most.

Romdhane Ben Amor, spokesman for the Tunisian Economic and Social Rights Forum, said this level of emigration haven't been seen since the Arab Spring uprising on 2011 started in Tunisia.

"It's no longer restricted to those who drop out of school, the unemployed and the uneducated," he said.

According to Ben Amor, between 150 and 200 families have left clandestinely, avoiding the Tunisian coast guard, despite ramped up surveillance paid for by Italy and other European Union countries.

The parents of Ghofrane Hlel fear it's too late for their son, who left last September at the age of 20 and was lost at sea.

"Like all young people he wanted the best and had more ambitions" said his father Imed Hlel.

Crying while speaking and looking at a picture of Ghofrane, his mother, Kalthoum Fraj, has resigned herself to his fate, but not to the uncertainty.

"I accept everything that happened to him, and I do not hold anyone responsible," she said.

"I want him dead or alive, and I will accept either one."

This story has not been edited by www.republicworld.com and is auto-generated from a syndicated feed.