WASHINGTON – A moderate Democratic senator from West Virginia is suddenly one of the most powerful people in Washington. Sen. Joe Manchin has had multiple one-on-one phone calls with President Joe Biden. He can send the White House into a tailspin with a... 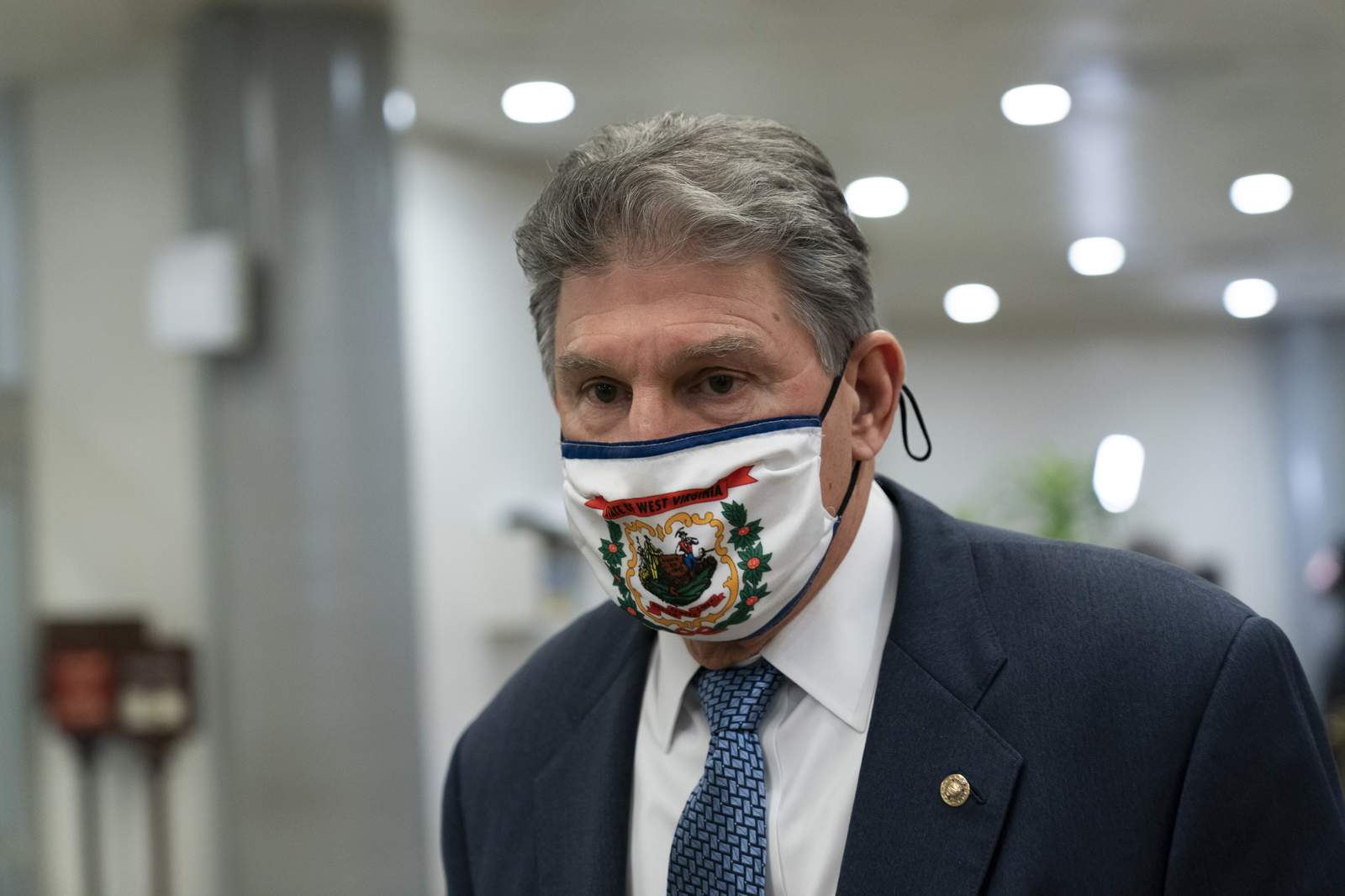 WASHINGTON – A moderate Democratic senator from West Virginia is suddenly one of the most powerful people in Washington.

Sen. Joe Manchin has had multiple one-on-one phone calls with President Joe Biden. He can send the White House into a tailspin with a single five-minute interview or three-sentence statement. And he may have already derailed some of the administration’s policy priorities and a Cabinet nominee.

And it’s not just Manchin who’s wielding outsize influence over Biden’s agenda. With a 50-50 split in the Senate leaving little room for error on tough votes, other moderate Democrats like Sens. Kyrsten Sinema of Arizona and Jon Tester of Montana also hold significant political clout in Biden's Washington, making for a muscular counterweight to the progressives who make up the party’s base.

“Each and every one of these members has the ability to be the king- or queen-maker on Capitol Hill,” said Jim Manley, a longtime aide to former Senate Majority Leader Harry Reid. “If they stick together, and flex their muscles — especially given the tight margins in both the House and the Senate — they can have a real impact.”

While Biden spent much of the 2020 Democratic primary and general election campaigns being hounded by progressives for not embracing far-left positions on everything from criminal justice to health care, his first month in office has won praise from some of his most prominent former antagonists on the left like Vermont Independent Sen. Bernie Sanders.

Now it’s the moderates who are creating headaches for the Democratic president.

Late last week, Manchin all but tanked the Biden administration’s nominee for Office of Management and Budget director, Neera Tanden, when he issued a brief statement opposing her nomination because of her controversial tweets attacking members of both parties. Tanden's prospects for approval immediately sank. Political observers are also waiting to see if Manchin will support Surgeon General nominee Vivek Murthy, whom he opposed in 2014.

A few weeks back, Manchin created a stir when he publicly criticized Vice President Kamala Harris for doing a TV interview with a local West Virginia station that was seen as an effort to pressure him to support the COVID-19 bill. He received a call from the White House shortly after his complaint to try to smooth things over.

Manchin is one of a handful of centrist Democrats who have expressed skepticism about Biden’s $1.9 trillion COVID-19 bill, threatening to derail the president’s top priority if they don’t win concessions. Manchin, Sinema and Tester have all called for more targeted aid for Americans, and they, along with five other centrist Democrats and seven Republicans, all signed onto an amendment barring “upper-income taxpayers” from being eligible to receive stimulus checks.

Manchin and Sinema also oppose Biden's proposal to increase the minimum wage to $15 an hour, likely ensuring that it's removed from the final COVID-19 bill even if the Senate parliamentarian rules it can be included. They’ve also both drawn the ire of progressives for their refusal to support eliminating the 60-vote threshold for approving most legislation, with one progressive group threatening to recruit primary challengers to oppose them.

Moderates are certain to influence the Biden administration's next big legislative push as well, a major infrastructure and jobs bill that will include climate planks. Manchin and others from rural states want to see money commitments for rural infrastructure and investments to offset any oil and gas industry job losses.

Neither Manchin nor Sinema are seen as particularly vulnerable to a primary challenge. The political realities of a red-leaning state like West Virginia, or a purple state like Arizona, are in fact what guide the senators' staunch centrism, says former Manchin chief of staff Chris Kofinis.

“Every one of these senators are still going to sit there and think, what do my constituents want? What do they need? And I think moderates in general tend to be much more sensitive to that because of the unique nature of politics in their states, which are by nature usually more divided,” Kofinis said.

To defend and expand their majorities in the House and Senate in the 2022 midterm elections, Democrats will need to win over suburban moderate voters in tough, Republican-leaning House districts and in states like Pennsylvania, North Carolina and Ohio, where they hope to win statewide. Sens. Mark Kelly of Arizona and Raphael Warnock of Georgia will also need to maintain support among moderate voters if they hope to win reelection in tough states.

Their significance to the final vote on the COVID-19 bill means some moderates are already getting extra attention from the White House.

But moderates don’t always get — and aren’t always looking for — personal attention from the president.

Some of those who come from deep-red states, where being seen as too cozy with a Democratic president would be politically problematic, avoid saying whether they’ve spoken to Biden at all.

Some, like Sinema and Maine Sen. Angus King, an independent who caucuses with Democrats, say their staffs are in almost daily touch with the White House.

“I suspect they have Joe Manchin on speed dial,” King joked. But he said the dynamic varies from member to member depending on where they stand on the COVID relief bill.

Tester said he’s not yet at the point where he’s looking for personal calls from the president because his staff members are the ones deeply involved in the details of the negotiations, and they’re in frequent contact with their White House counterparts.

But he was aware of the power he wields to get the president on the phone if he needs to.